According to the Trade Ministry, the nation’s exports stood at $46.7 billion last month, down 14.7 percent on-year, the biggest decline this year.

Exports have fallen since December last year, and the decline has been double-digit for five months since June this year. 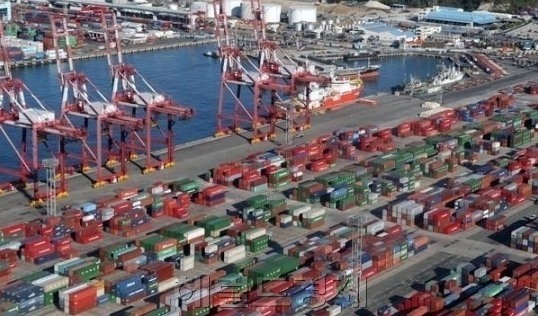 By product, exports of chips shrank 32.1 percent, while petrochemicals and petroleum products fell by two digits. Exports of ships rose 25.7 percent, while computers and bio-health saw an increase of 7.7 percent and 7.8 percent, respectively.

“Exports have declined due to a global economic slowdown, uncertainties over US-China disputes and a sluggish chip industry,” said a Trade Ministry spokesperson.

By country, exports to China and the US, the nation’s biggest export destinations, fell 16.9 percent and 8.4 percent, respectively. Exports to Japan also dropped 13.8 percent.

On the other hand, exports to the Commonwealth of Independent States surged 24.1 percent. Exports to the Middle East and Vietnam rose by 0.9 percent and 0.6 percent, respectively.