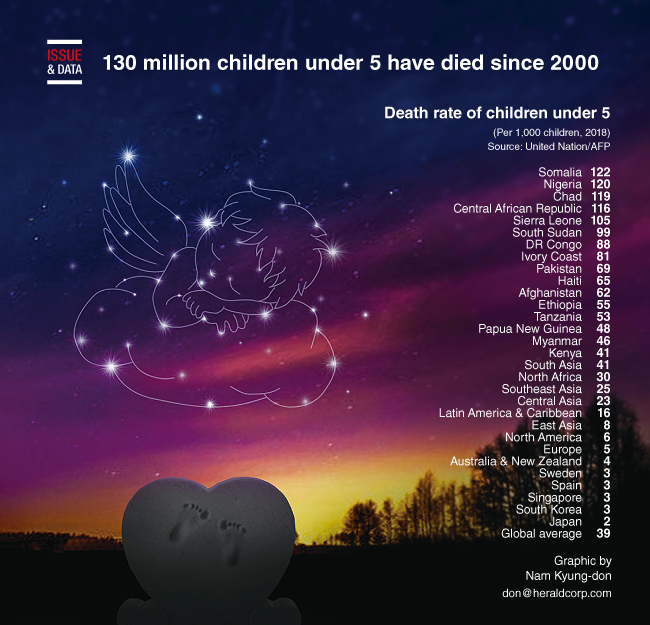 More than 15,000 children under the age of 5 die every day in the developing world, with huge disparities in death rates between countries, according to a detailed assessment of childhood mortality.

From 2000 to the end of 2017, 123 million newborns, infants and toddlers perished in 99 low- and middle-income countries, which account for more than 90 percent of under-5 deaths, the study found.

The main causes of these deaths vary with age. Premature birth was the biggest cause of deaths before the age of 1. For older children (2 to 4), malaria, diarrhea and respiratory infections like pneumonia are the main culprits. (AFP)