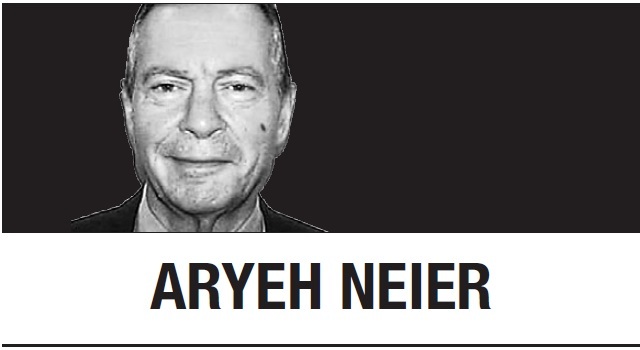 People all over the world are resorting to mass demonstrations to express grievances and press unmet demands. While, in some ways, popular protests are a triumph of democratic principles and civic activism, they also carry serious risks, including violence by and against protesters. Their pervasiveness today points to a failure of governments, democratic and authoritarian alike, to hear, let alone meet, the needs of their people.

The issues at stake are wide-ranging. In Catalonia, demonstrators are demanding the release of nine separatist leaders facing lengthy prison sentences for their roles in the regional government’s failed attempt in 2017 to secede from Spain. In Chile, economic inequality is fueling increasingly violent demonstrations, triggered by a fare hike on the Santiago metro.

In Lebanon, what began as protests against corruption and poor economic stewardship are now targeting the removal of the country’s decades-old sectarian kleptocracy. And in Hong Kong, protesters are resisting mainland China’s increasing encroachment on civil liberties and the rule of law in the city, and have already forced their government to withdraw the extradition bill that started it all.

People may resort to the “body rhetoric” of street protests when they feel that they can’t effect change through democratic channels, such as the ballot box. In Moscow, protests erupted this summer after opposition candidates were barred from running in the September elections for the city parliament. Lebanon’s protest movement is driven by a similar lack of genuine democratic options. Hong Kong residents cannot exactly vote out China’s leaders.

Protests can be a powerful means of communicating commitment to a cause, not only to leaders, but also to fellow citizens, who might be inspired to join the fight. And they can serve to attract the attention of the outside world: Protest leaders from Hong Kong have explicitly sought international support.

But mass demonstrations often require significant sacrifice. Acts of “civil disobedience” -- say, blocking traffic (as has occurred in Beirut and London) or paralyzing the airport (as in Hong Kong) -- can be a powerful way to draw attention to a cause, but they also put their participants at risk, whether from tear gas or arrest.

Even where peaceful protests are technically legal, participants may break laws, whether by trespassing or failing to file the proper paperwork, or open themselves up to charges of vague crimes like “disturbing the peace.” In the United States, the civil rights movement of the 1950s and 1960s, the Vietnam War protests of the 1960s and 1970s, and today’s climate demonstrations share a key feature: Almost all participants were nonviolent, and yet faced repeated, sometimes large-scale arrests.

The risks are compounded by deliberately violent protesters, who may view their actions as justified, but ultimately undermine their own cause by alienating potential allies, justifying government crackdowns and endangering their fellow protesters. Hong Kong -- where the vast majority of protesters are nonviolent -- is a case in point.

Whether a protest movement succeeds or fails depends largely on the media. “Police Suppress Violent Protests” is obviously a very different headline from “Police Violently Suppress Protests,” and neither sends the same message as “Protesters and Police Clash.”

Moreover, images of dramatic moments -- like a high-profile arrest or a human chain -- can leave a deeper impression on the wider public’s imagination than debates or slogans ever could. Some of the more powerful protests against the Vietnam War included members of Vermont’s Bread and Puppet Theater wearing costumes that evoked the suffering the conflict was causing.

Likewise, the four black college students who protested segregation in 1960 by sitting quietly at the whites-only Woolworth’s lunch counter in Greensboro, North Carolina might not have helped spur a mass movement to integrate dining facilities across the American South had local media not shared the footage. By the same token, the media may not have reported sympathetically on their cause had they not provided a stark illustration of the indignity and arbitrariness of racial segregation.

Protesters’ lack of options for confronting damaging or unjust government policies lends legitimacy to their actions. How, other than street demonstrations, could the people of Hong Kong have mobilized global media coverage of the proposed extradition bill? The same goes for the Hungarians protesting a “slave labor law,” which drastically increases the amount of overtime companies can demand; the Filipinos condemning extrajudicial killings of suspected low-level drug dealers and users; and Brazilians opposing the environmentally catastrophic expansion of agribusiness in the Amazon rainforest. In all three countries, right-wing populist leaders have been undermining the democratic systems that brought them to power and should hold them accountable.

But protesters should beware: The influence of the media cuts both ways. Images of a few protesters in Hong Kong smashing windows or throwing gasoline bombs undermine the narrative that it is the Chinese state that is acting against the rule of law. Now, it is China’s leaders who can use the global media -- this time to discredit the protests.

With inequality, populism and authoritarianism still on the rise, it seems likely that mass demonstrations will remain a fixture of global politics for the foreseeable future. Governments will, no doubt, seek to quash them. But, in the absence of greater institutional responsiveness to popular grievances and demands, people are unlikely to stay home.


Aryeh Neier
Aryeh Neier, president emeritus of the Open Society Foundations and a founder of Human Rights Watch, is author of the “International Human Rights Movement: A History.” -- Ed.