[Graphic News] N. Korea ranks 193rd out of 195 countries in ability to cope with epidemic 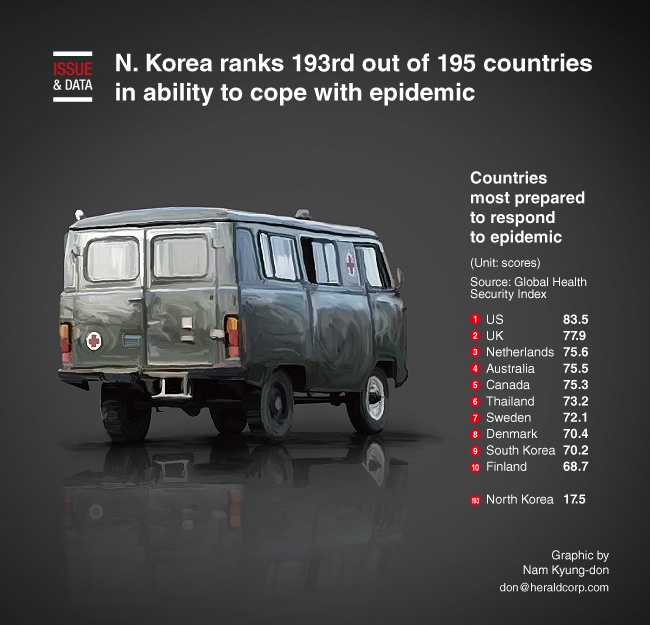 North Korea ranks 193rd out of 195 countries in terms of its ability to prevent, detect and respond to an epidemic, a recent global health security index showed.

The impoverished North scored 17.5 points in the index compiled by the Nuclear Threat Initiative, a US-based nonprofit organization, and the Johns Hopkins Center for Health Security, coming higher than only two countries -- Equatorial Guinea and Somalia.

The global average was 40.2 points.

Meanwhile, South Korea ranked 9th in the index while the United States topped the list with a score of 83.5 points, followed by the United Kingdom and the Netherlands. (Yonhap)