[From the Scene] Disabled gamers give G-Star thumbs up

Among the crowd at the city’s Bexco center were visitors in wheelchairs watching live e-sports.

“This is my third year coming to G-Star. I’m enjoying the event without encountering any major issues,” said 29-year-old Lee Shim-hoon, who has a first-degree brain lesion and uses a wheelchair.

In 2018, G-Star booths at most game companies had been criticized by Korean media for installing staircases that made it difficult for wheelchair users and other people with limited mobility from entering.

“I hope more people will know about disabled people’s interest in G-Star, so that accessing these events will become more convenient for them,” Lee said.

Accompanying Lee on the trip were five others from a gaming community of people with disabilities. 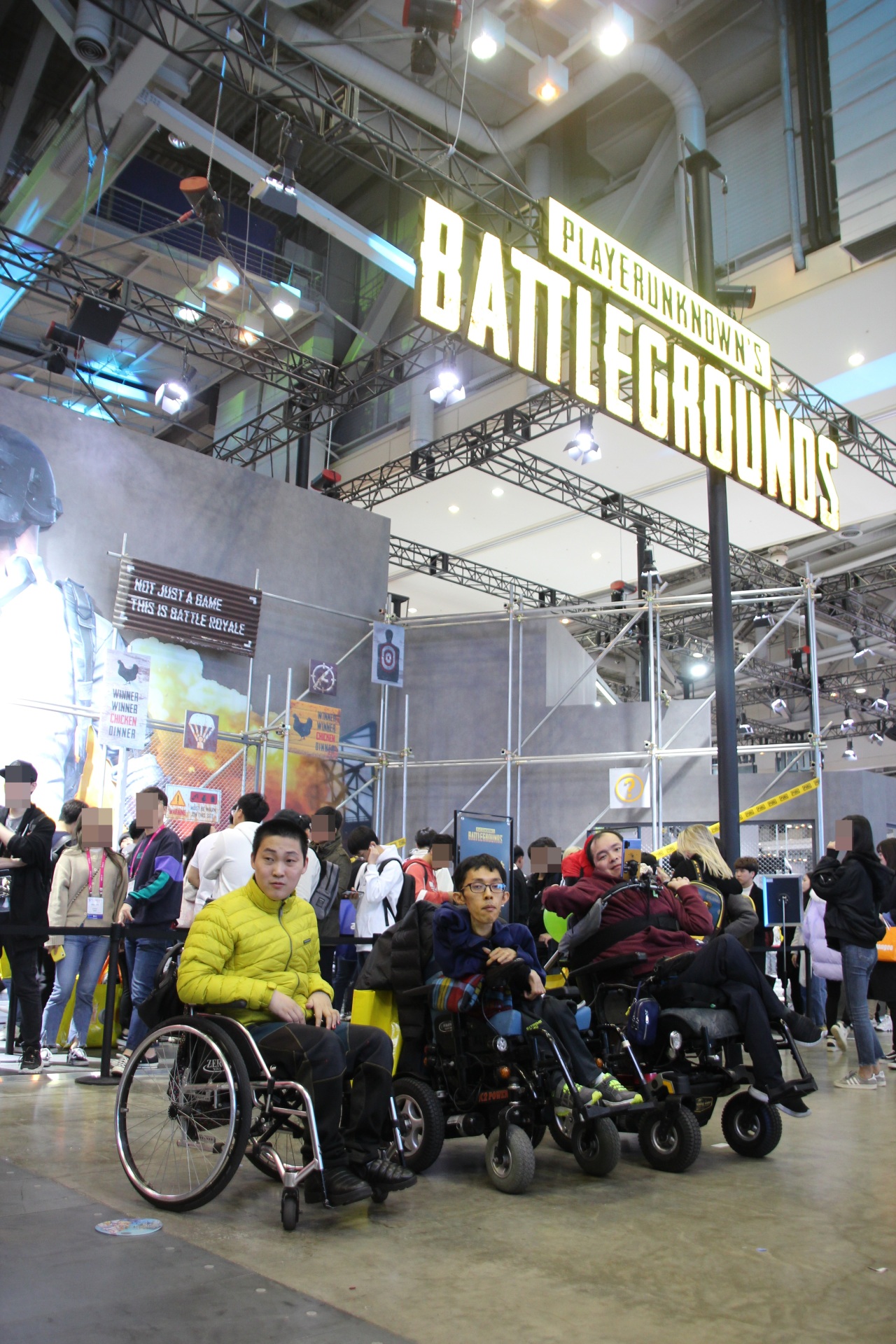 “I very much like gaming, but as I have difficulty moving, I watch more than I play,” said 46-year-old Lee Yong-suk from the group, turning his gaze away from the just-finished live esports match at the Afreeca TV booth.

This year’s G-Star especially saw an increase in the number of booths showcasing live esports, including at booths of Pearl Abyss, Netmarble, Google Play and LG Electronics. At the booths, both popular online game streamers and regular players took to the stage to play games that were live-projected onto giant screens for others to watch.

This trend worked perfectly for Shim and Lee, although Shim suggested that in the long run, an increased awareness of the disabled gaming population may prompt engineers to create devices that enable people with disabilities to play games better.

Esports is increasingly being seen as a field where people with disabilities can enjoy and compete against able-bodied opponents.

Professional gamer Mike Begum, better known by his player name Brolylegs, was born with muscle growth disability. He plays games using his mouth on the controller and beats able-bodied players on Street Fighter. A Korean esports player who goes by the name Manneungbal plays using his feet.

Reflecting on this potential, the Korea Paralympic Committee is seeking to expand the official esports competition for disabled players from the current three to seven in 2019, spanning League of Legends, Starcraft II, Fifa Online III, Bowling, Slugger, Crazyracing Kartrider and Nintendo Wii-sports.

At the G-Star 2019, 20 staff from the Welfare Institute for Disabled in Busan were invited Thursday to attend the launch ceremony. Bexco CEO Lee Tae-sik gave a 1 million won ($860,000) scholarship to the center.

Game companies are respectively carrying out corporate social responsibility programs with people with disabilities in mind.

Netmarble Cultural Foundation holds active programs, including an esports festival for disabled students, which it co-hosts annually with the Culture Ministry and Education Ministry.