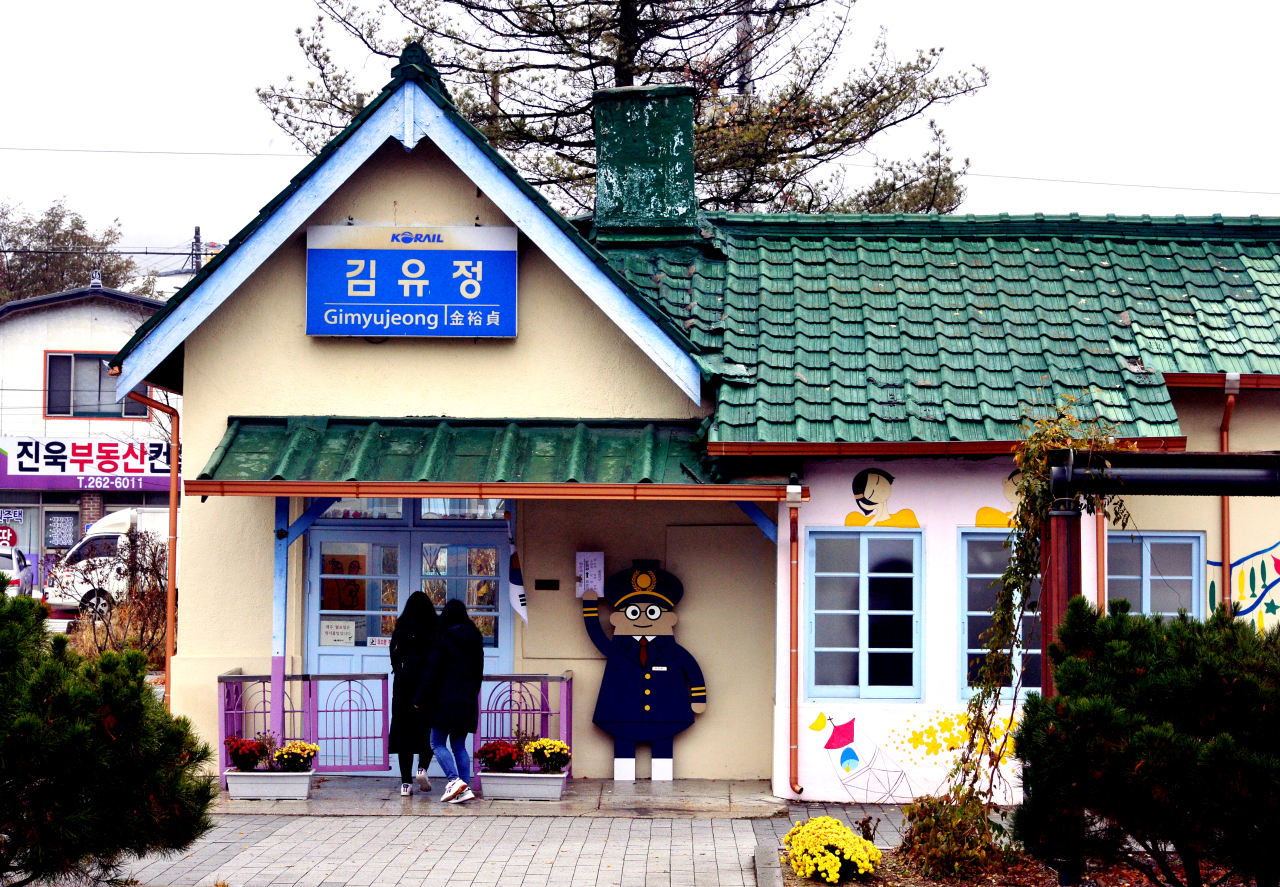 After an hour and 20 minutes’ ride on a train from Cheongnyangni bound for Chuncheon, Gangwon Province, you reach a small station named after a 20th-century novelist beloved by many Koreans: Kim Yu-jeong.

Originally called Sinnam Station, it was renamed in 2004, as part of a local project to commemorate the author, who hailed from a rural village called Sile, just a few minutes’ walk from the station. 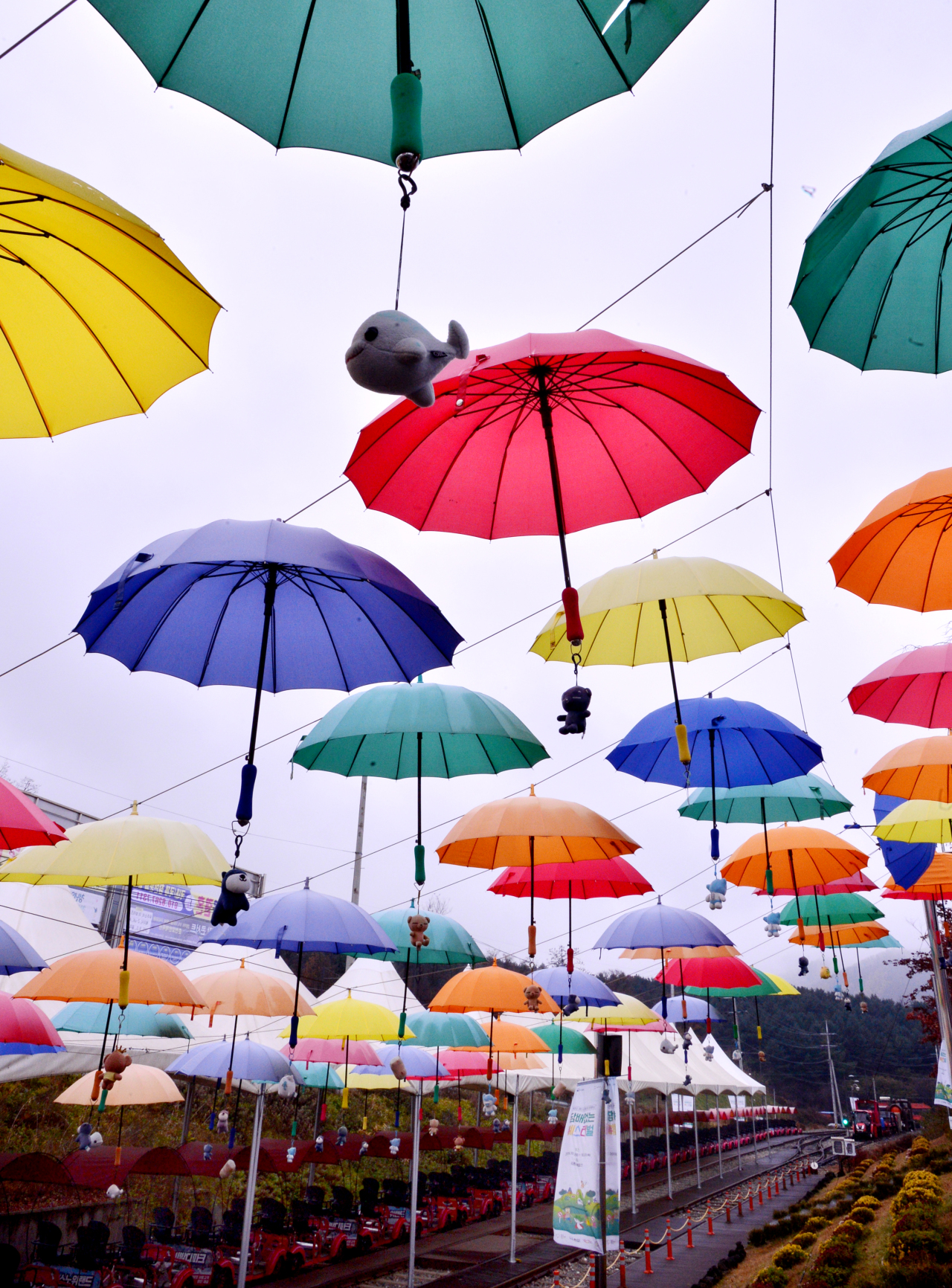 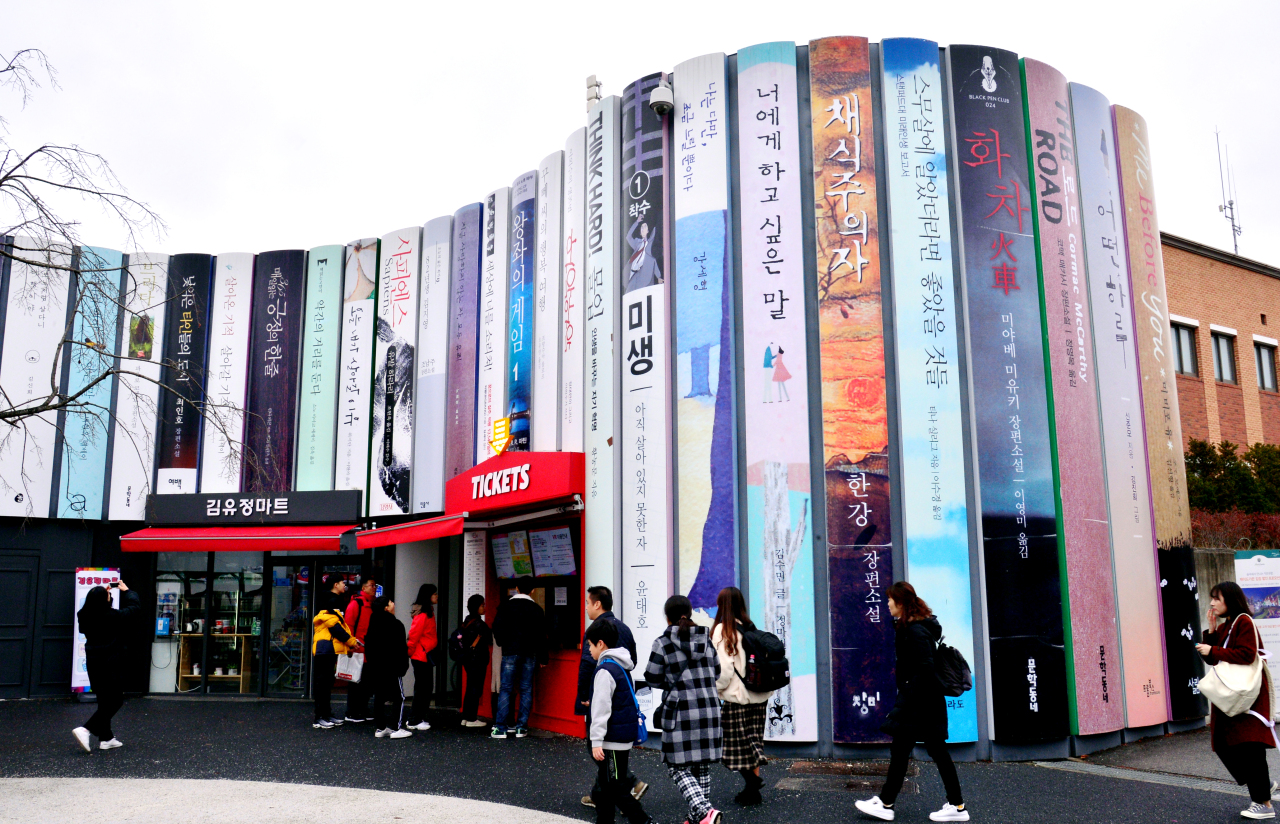 Surrounded by Geumbyeongsan, the town has preserved his birth house and a memorial hall, where visitors can learn more about the author who left a deep imprint on Korean literature. The facilities constitute the Gim Youjeong Literature Village.

The author’s name in English varies a lot, and the station is called Gimyujeong. 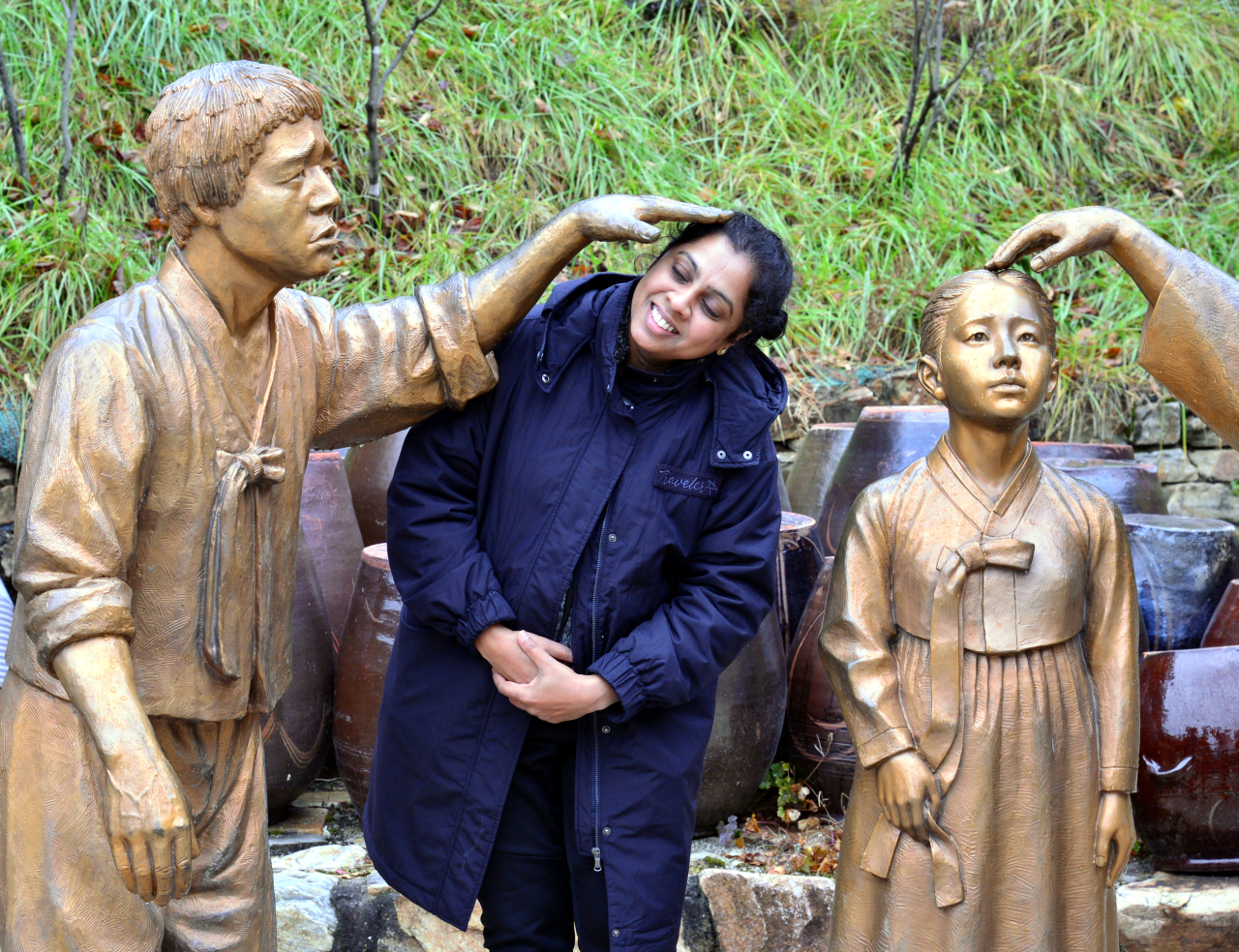 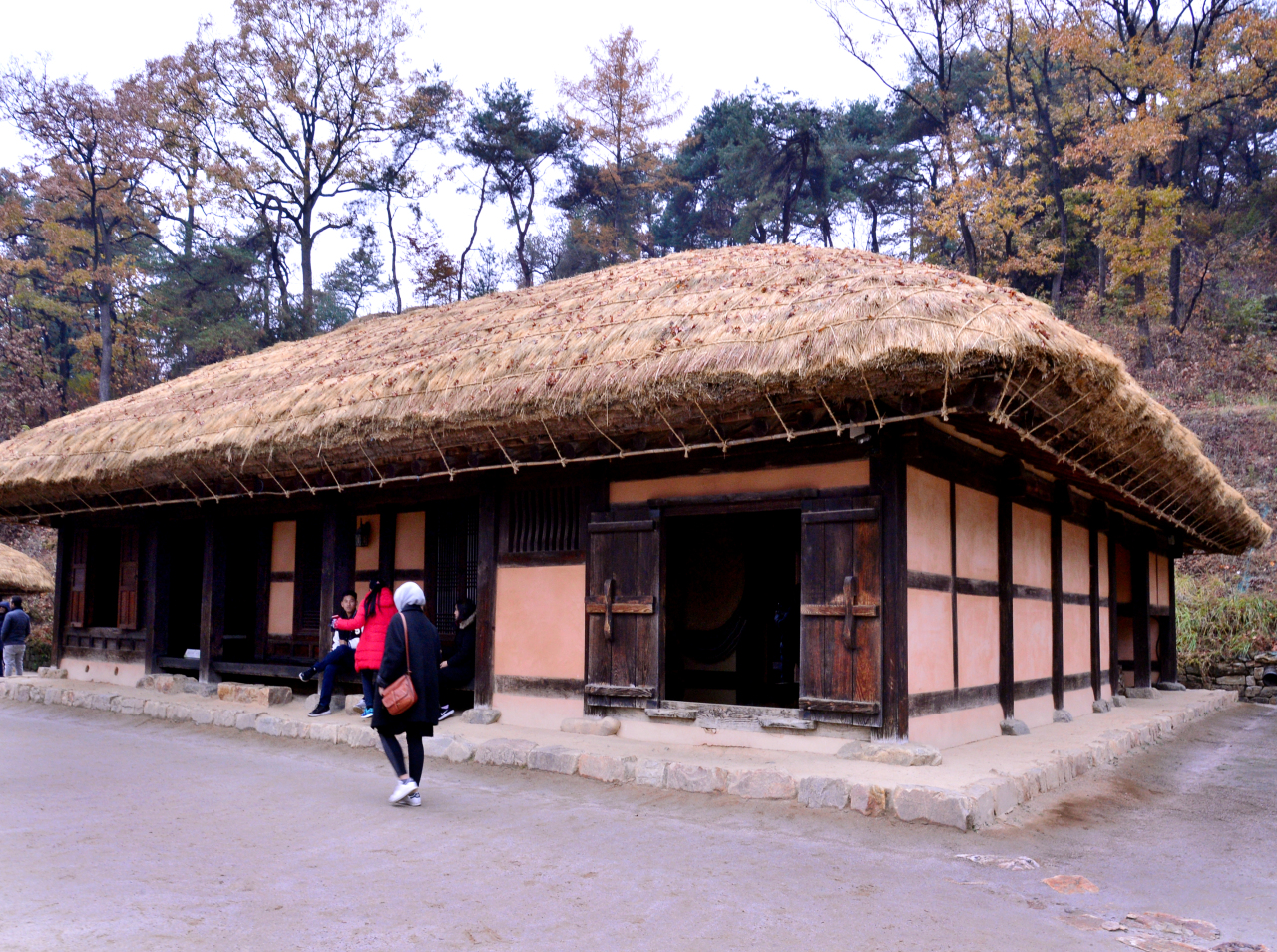 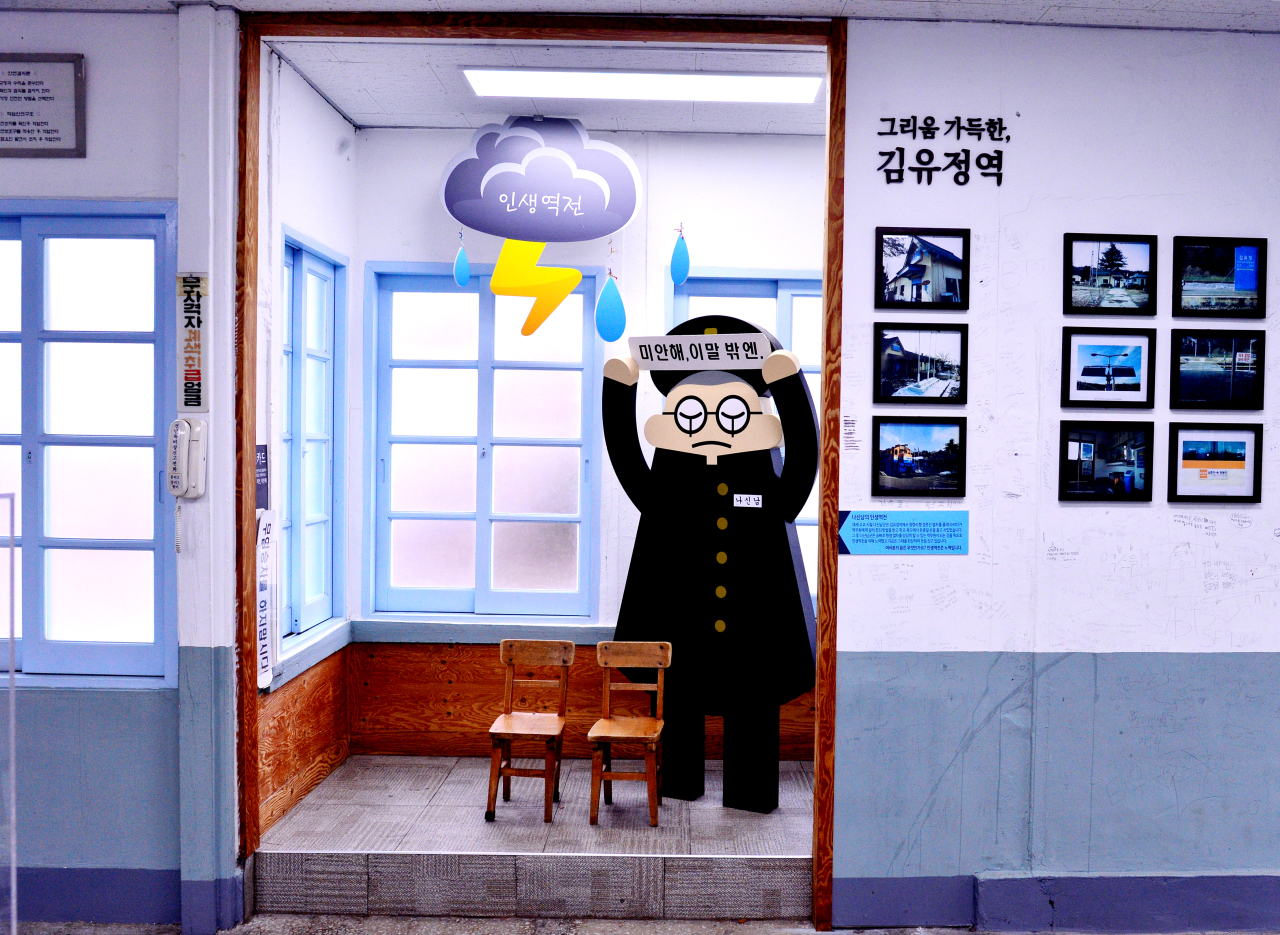 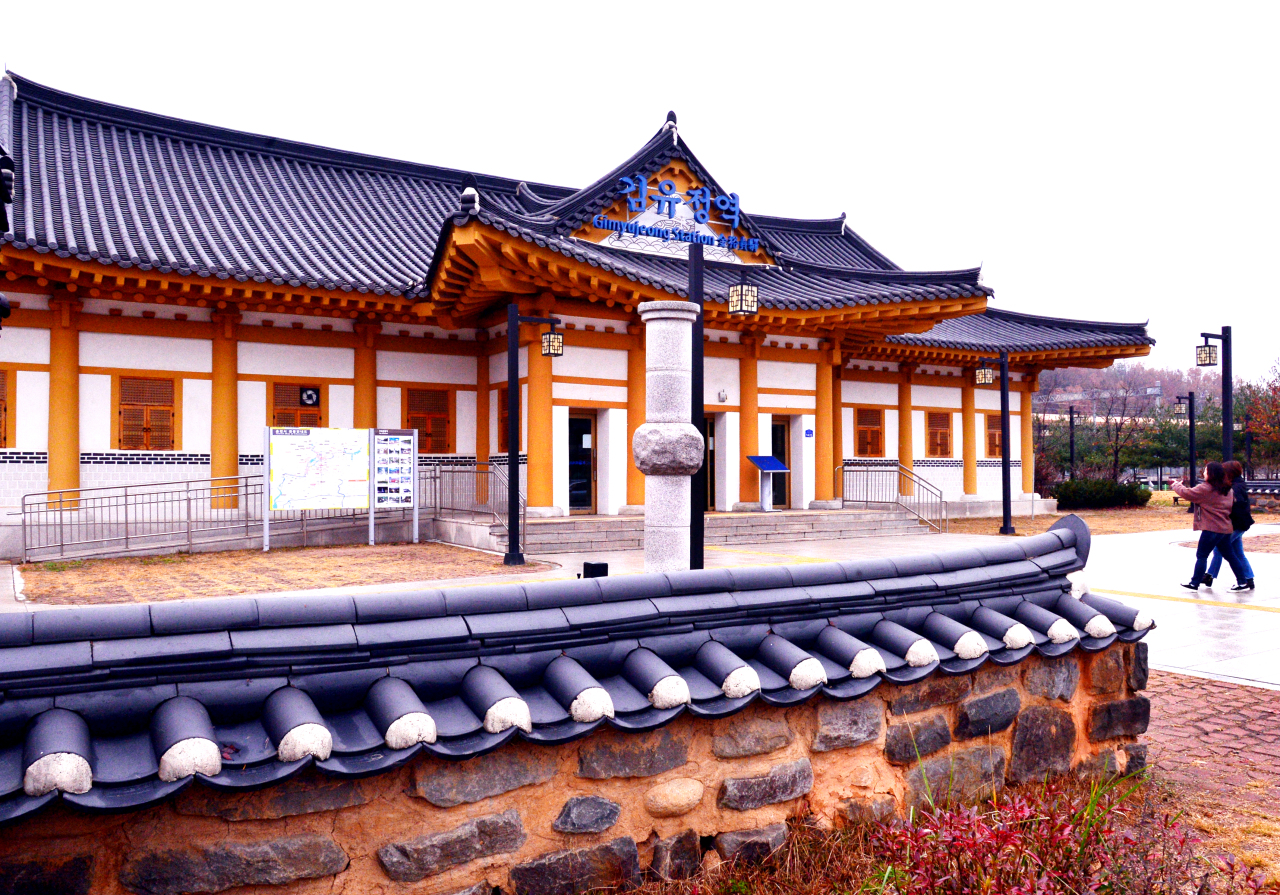 In Sile, there still stand the night school that Kim built, as well as a zelkova tree that he planted, which is now a full-grown tall tree.

Nearby, an old station building, referred to as the old Gimyujeong Station by many, greets visitors, decorated in the same theme. 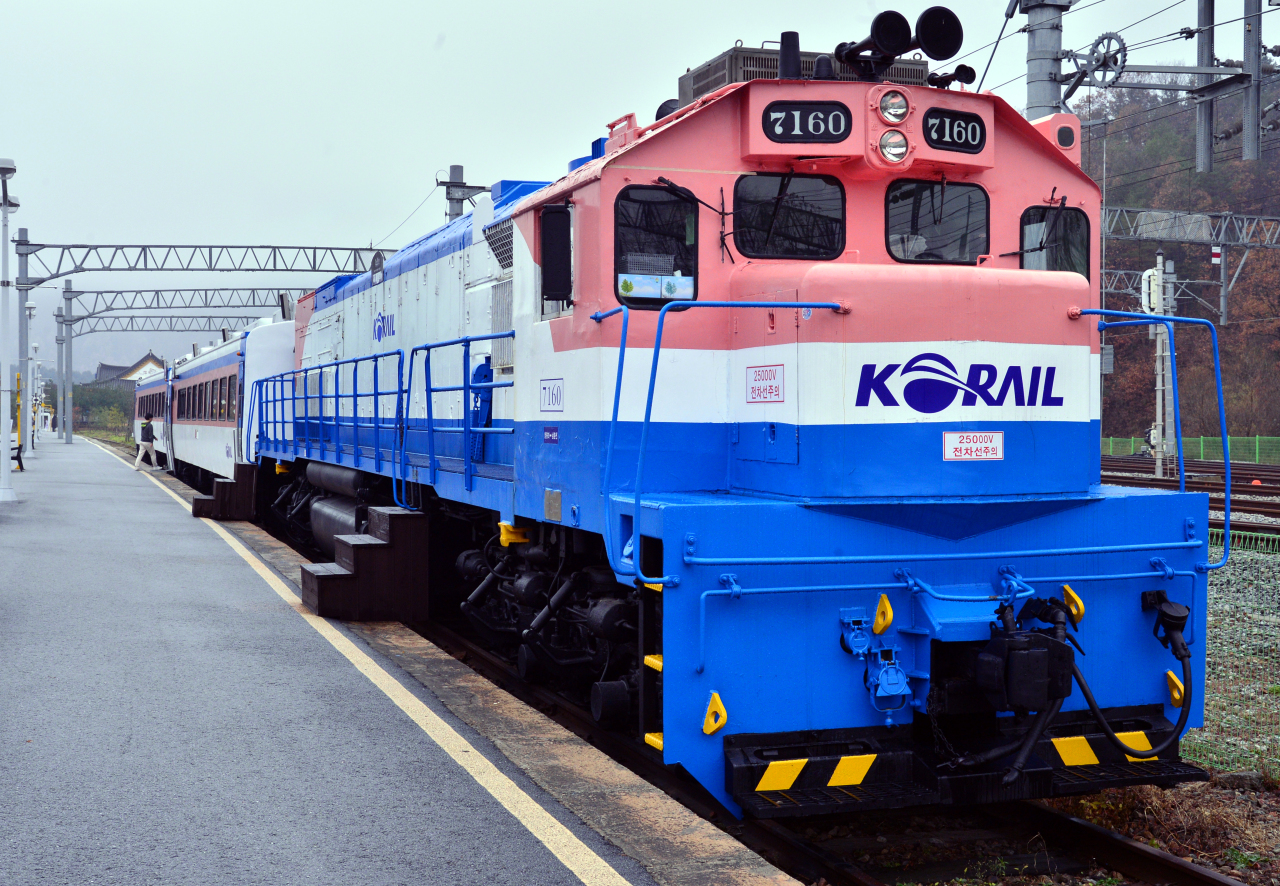 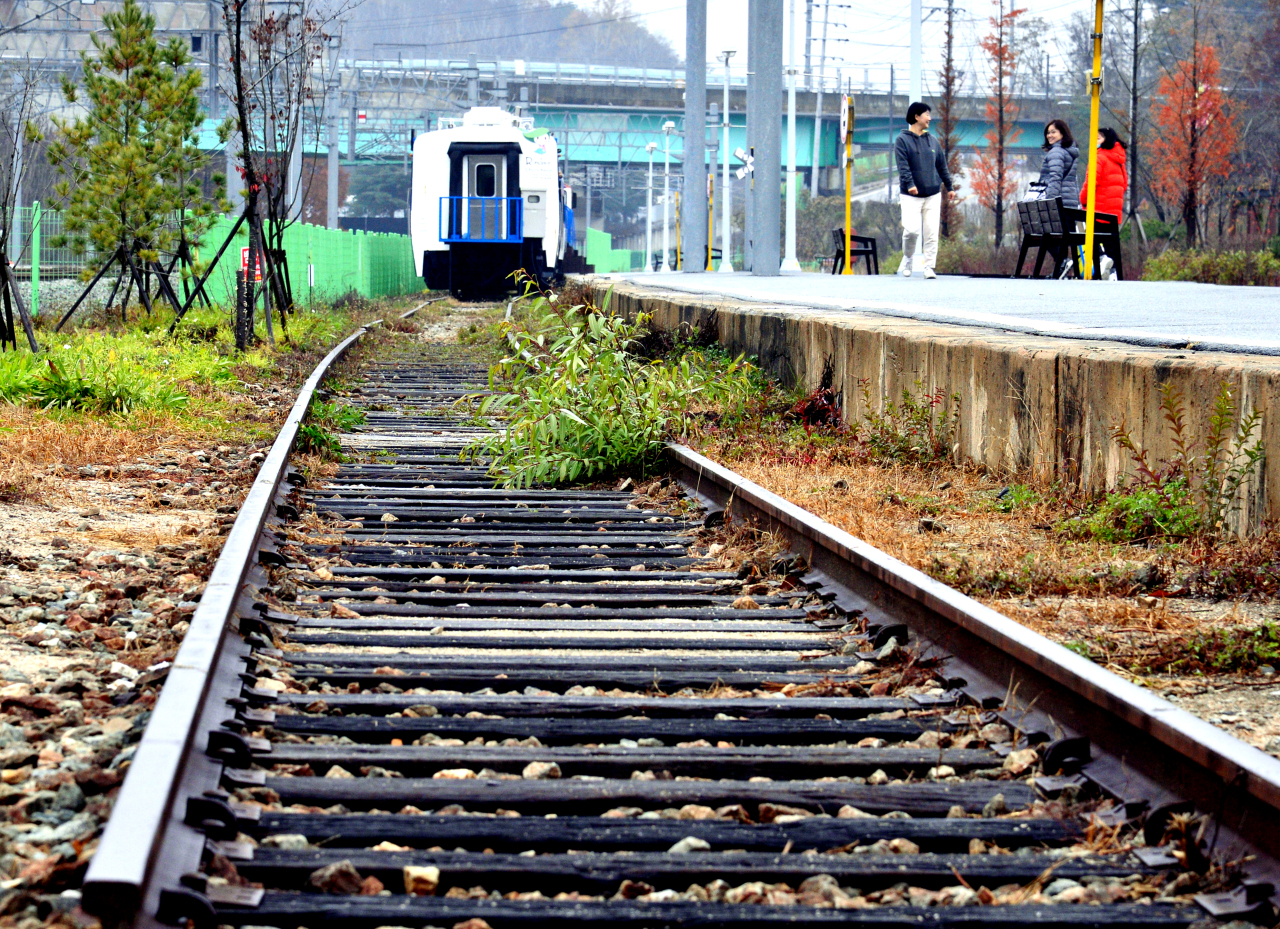 Two railway carriages of the now-retired diesel-engine Mugunghwa train stand on old railroads. One of them has been turned into a book cafe.

Both the old station and the literature village are closed on Mondays. A docent tour is provided seven times a day.