[Graphic News] 1 in 5 Seoul households live with a pet: data 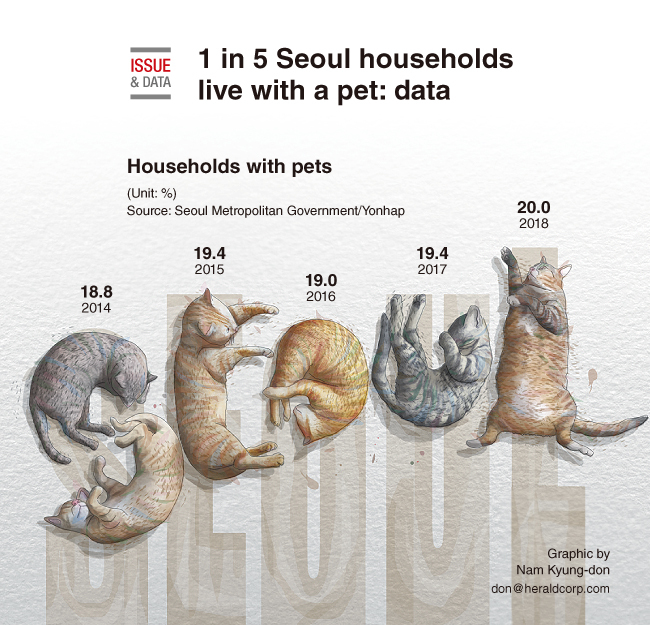 One in 5 households in Seoul have a pet and the number of homes that have embraced cats is on the rise, data showed.

Some 20 percent of the surveyed households said they were living with a pet as of 2018, compared with 18.8 percent in 2014, according to data from the Seoul Metropolitan Government.

The survey was conducted in September last year on 20,000 households in the city. The poll had a margin of error of 0.47 percentage point and a 95 percent confidence level.

The number of households with dogs accounted for 84.9 percent of those with animals last year, slipping from 88.9 percent in 2014. (Yonhap)