[Monitor] No. of corporate executives falls

According to CEOScore, a local corporate tracker, a total of 9,742 executives from 262 affiliates of the 30 business groups in Korea, were registered as of end-September, slightly lower than 9,795 reported in the same month four years ago. 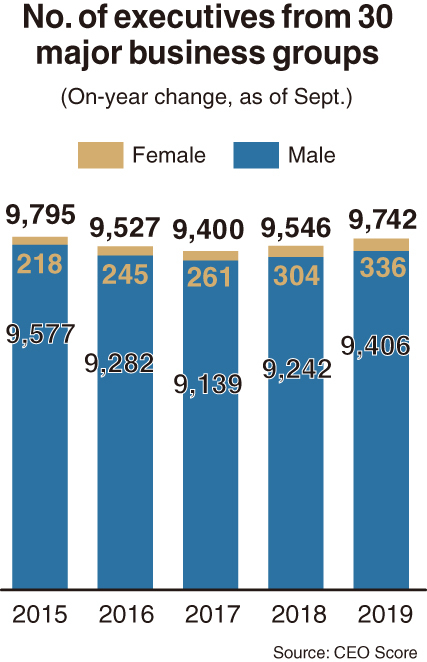 Samsung Group slashed 15 percent of executive posts to 1,920 this year from 2,276 in 2015, while Doosan Group removed 144, or 39 percent, in the same period. Hyundai Heavy Industries and Posco also downsized executive posts by 38.5 percent and 17 percent, respectively.

The number of executives in total this year was buttressed by Hyundai Motor Group, which expanded the posts by 16.9 percent, or 202, in the process of simplifying its staff structure.