By Shin Ji-hye
Published : Dec 15, 2019 - 15:26       Updated : Dec 15, 2019 - 18:16
South Korea’s business world, government and the families over the weekend mourned the death of LG Group Honorary Chairman Koo Cha-kyung, who as the second-generation leader of the conglomerate, had led the rise of the group’s global expansion. Koo was 94 when he passed away from an illness on Saturday.

LG Group said the four-day funeral would be held privately.

Huh Chang-soo said in a eulogy that the honorary chairman was “a leading entrepreneur who laid the foundation for the industrialization of Korea.”

President Moon was quoted as saying in his condolence message, “The late chairman solidified the basis for Korea‘s electronics and chemicals industries, and shone the light on our businesses’ future path through his emphasis on exemplary management and business culture of harmony and mutual growth.”

Other mourners from the LS and GS group families, which are related to the one that controls LG Group, also came to pay their respects. Since Saturday, Koo’s relatives, including LS Group Chairman Koo Cha-yol, GS Home Shopping CEO Huh Tae-soo and LS Mtron Chairman Koo Ja-eun came to offer their condolences.

Born in 1925, Koo took the helm at LG at the age of 45 following the death of his father and LG founder, Koo In-hwoi, and led the conglomerate for 25 years. He handed over the group's leadership to his eldest son and late Chairman Koo Bon-moo, who, upon receiving the baton, changed the company’s name from Lucky-Goldstar to LG. Koo Bon-moo died in May this year. The conglomerate is currently led by Koo Kwang-mo.

Koo is touted for having turned chemical-oriented LG into a wide-spanning conglomerate with businesses sprawled across electronics and petrochemicals to finance.

When Koo started, LG had eight affiliates that generated 27 billion won ($23 million) in annual sales. By 1995, when he retired, LG rose to become the third-largest corporation in Korea with annual sales of 38 trillion won and more than 30 affiliates. 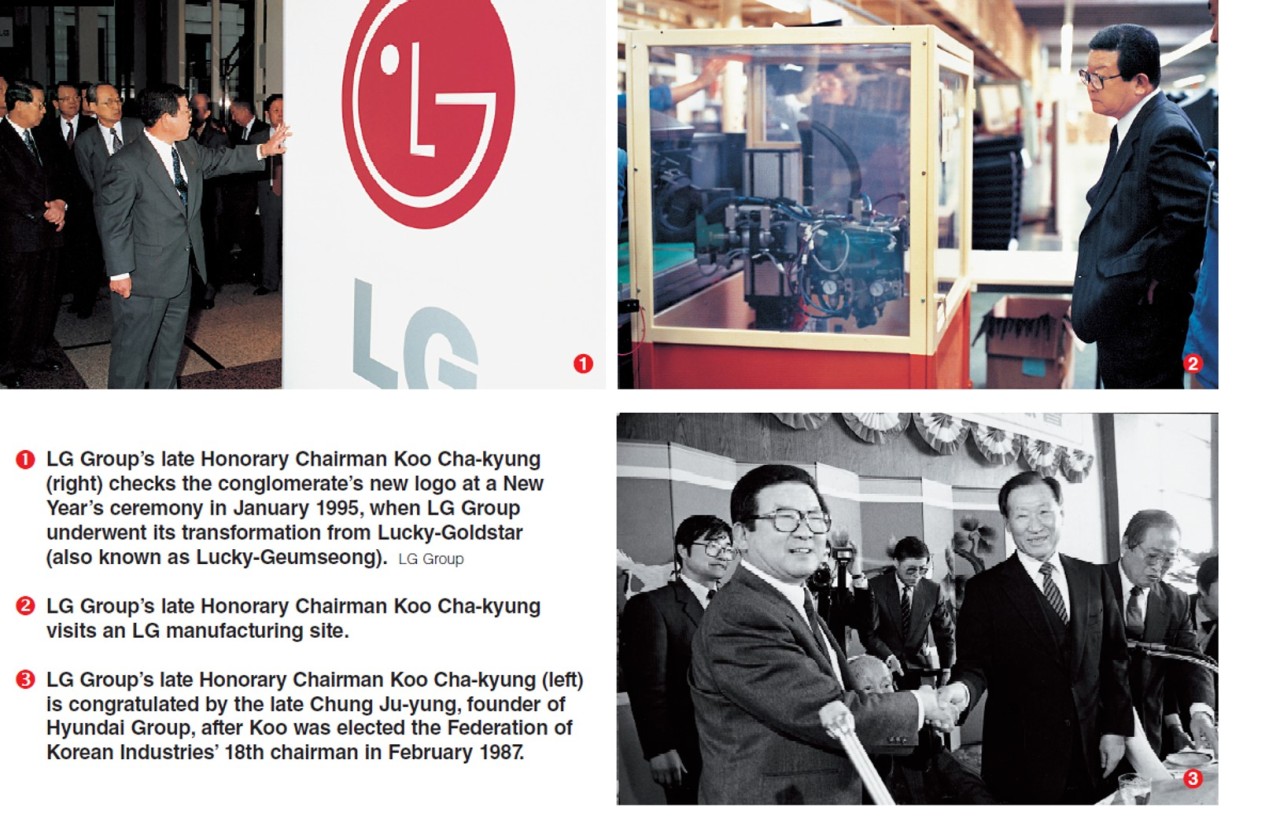 Koo had paid attention to making aggressive investments in new technologies and research and development, creating about 70 LG R&D centers during his term.

Upon his retirement, he devoted his time into corporate philanthropy. He had six children with his wife, Ha Jeong-im, who passed away in 2008.

Following the news of Koo’s death, Korean business leaders expressed condolences and said they would take over the spirit of entrepreneurs he had shown throughout his life.

In a statement, the Federation of Korean Industries said, “We express our deepest condolences to the death of (LG Group) Honorary Chairman Koo Cha-kyung, who was a living witness of Korea’s economic growth and made LG Group world class.” 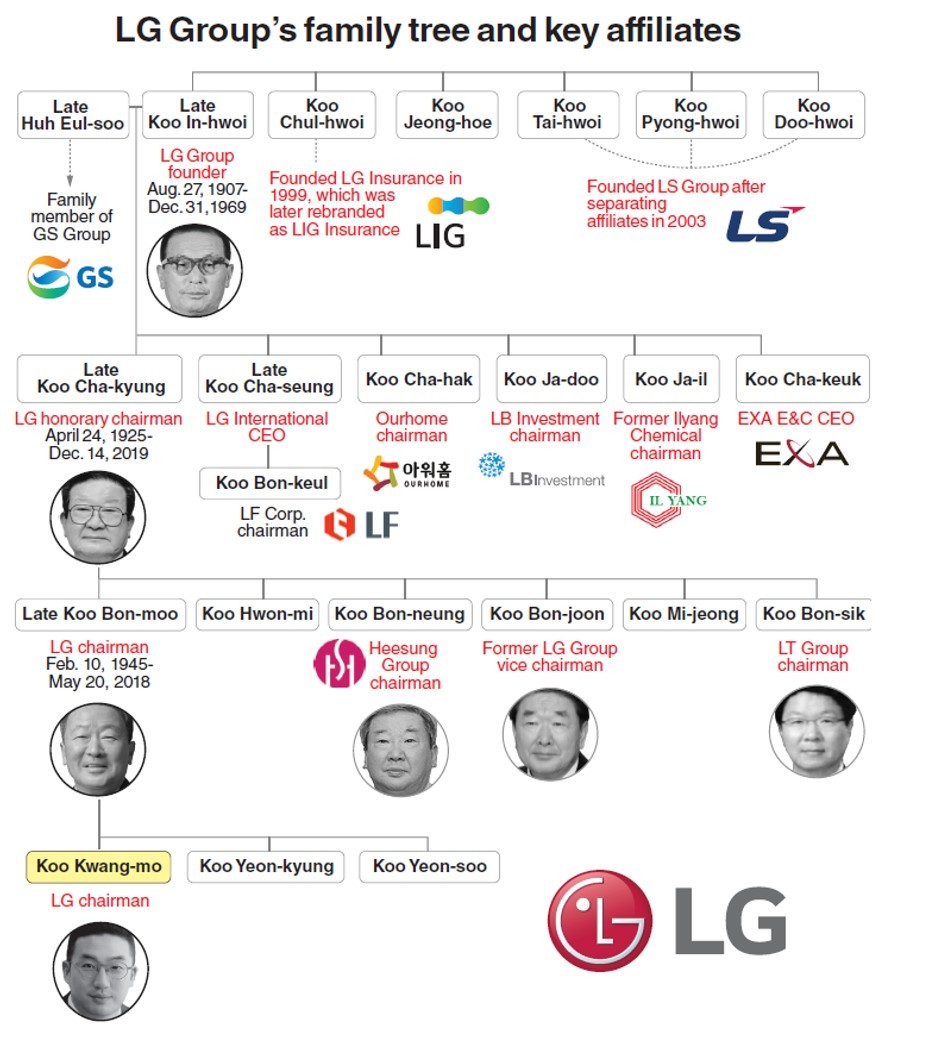 Koo was the organization’s 18th chairman.

It added, “We will do our best to build an advanced Korean economy by inheriting the spirit of true businessmen the deceased has demonstrated throughout his life.”

The Korea Chamber of Commerce and Industry said, “The former honorary chairman contributed to the development of Korea’s electronics and chemical industries through active research and development and overseas expansion.”

“We deeply mourn his death and make further efforts for the prosperity of the Korean economy,” it added.

The Korea International Trade Association also gave him credit for leading LG Group to strengthen the competitiveness of Korea’s core industries, such as electronics and chemicals.

KITA said, “We pray for the deceased and offer our condolences to the bereaved families and employees of LG Group.”