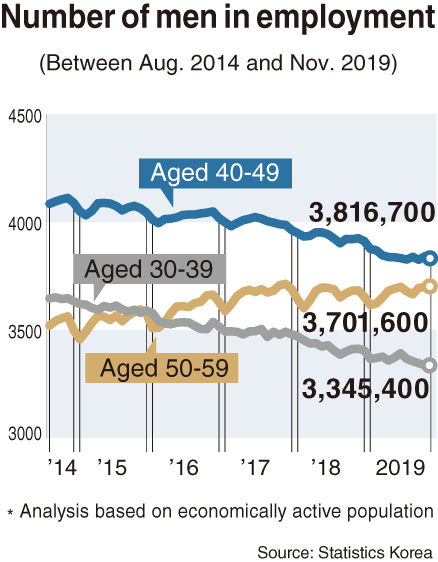 Although the overall jobs market is showing signs of improvement, the number of men in their 30s, 40s and 50s who have jobs has been on a constant decline, data from Statistics Korea showed. The employment ratio that has reflected the drop in population is also on a decline, it said.

The number of employed men in the age groups dropped for a 28th consecutive month in November, the longest duration of the decline since the agency began collecting relevant data.

The jobs situation for men aged 30-59 is considered to be most representative of the economy, as they take up majority of regular jobs and are largely employed in manufacturing.