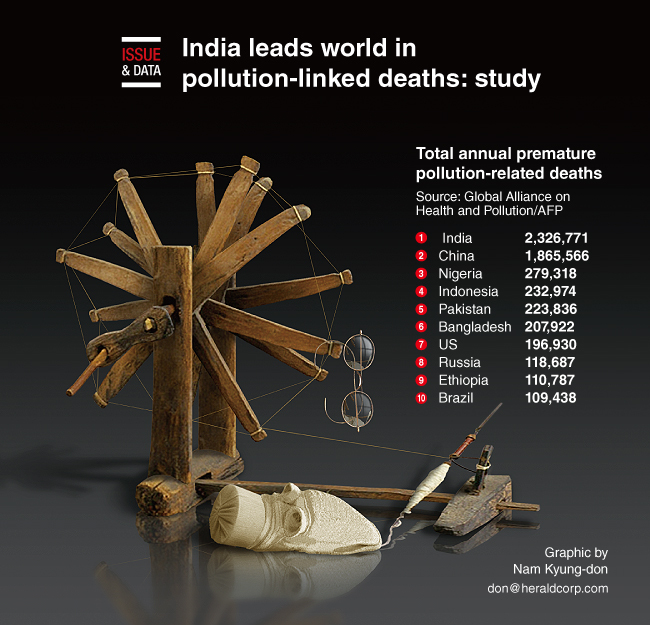 India leads the world in pollution-linked deaths followed by China and Nigeria, according to a report that estimated the global impact of contaminants in the air, water and workplace.

The report by the Global Alliance on Health and Pollution found pollution to be the largest environmental cause of premature death on the planet, causing 15 percent of all deaths, amounting to some 8.3 million people.

Among the 10 countries with the most pollution deaths in 2017, the latest year for which data was available, were some of the world’s largest and wealthiest nations, along with some poorer ones.

India and China led in the number of pollution deaths, with about 2.3 million and 1.8 million deaths, respectively, followed by Nigeria, Indonesia and Pakistan. (AFP)