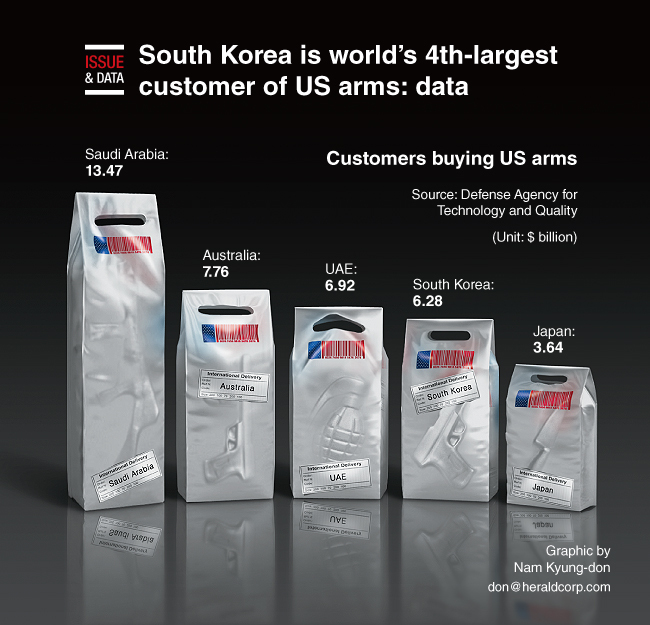 South Korea is the fourth-largest buyer of US weapons over the past 10 years, government data showed.

According to the global defense market yearbook published by South Korea’s Defense Agency for Technology and Quality, the United States exported weapons worth $93.1 billion between 2009 and 2018 to the outside world.

Of the total, South Korea bought $6.28 billion, standing at the fourth spot.

Saudi Arabia was the No. 1 customer by purchasing US arms worth $13.47 billion, followed by Australia and the United Arab Emirates. Japan came in eighth with $3.64 billion. (Yonhap)