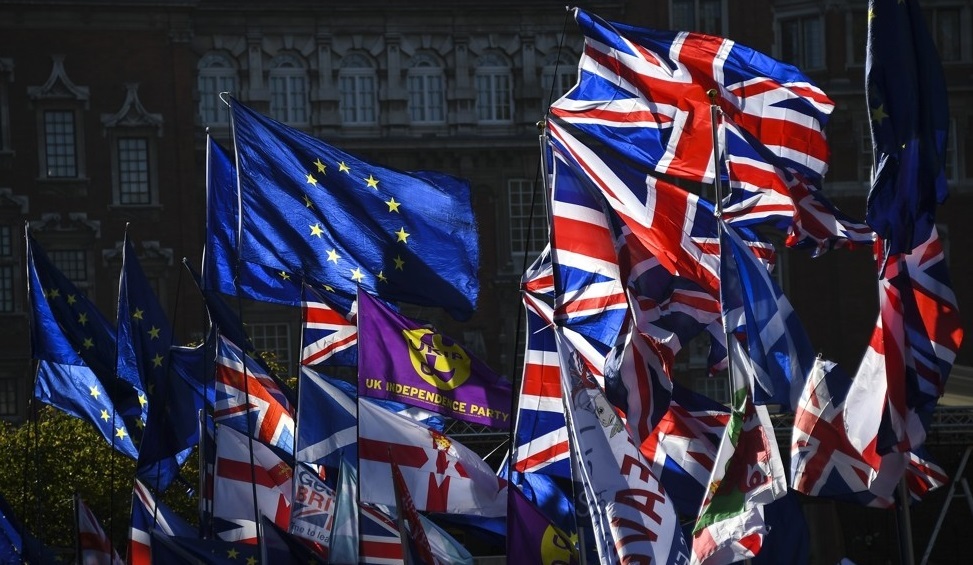 LONDON (AFP) -- British consumers will face higher prices and limited ranges of goods in the event of a return to customs controls after the Brexit transition period, an industry body warned Monday.

The British Retail Consortium (BRC) issued the gloomy warning in a report entitled A Fair Deal for Consumers: EU Trade Roadmap -- which outlined its priorities for London's trade talks with Brussels.

Britain left the European Union on January 31 but remains bound by its rules in a transition period that expires at the end of this year, to allow both sides to negotiate a new trading relationship.

"The roadmap calls for pragmatic solutions on future compliance and regulatory checks that will apply from January 2021," the BRC said Monday.

"Without these, consumers will face higher costs and reduced availability of goods."

The BRC highlighted that almost 80 percent of all food imported by British retailers comes from the European Union.And the lion's share of those imports pass through Dover and Folkestone -- Britain's biggest ports -- on around 7,000 lorries every day.

British Prime Minister Boris Johnson wants to negotiate a free trade deal with the EU by the end of this year.

However, his Conservative government has warned businesses to prepare for stricter controls on goods coming from the European Union, saying that was an inevitable result of Brexit.

London says it will be leaving the EU's single market and customs union, which currently facilitate seamless cross-border trade. BRC Chief Executive Helen Dickinson on Monday urged Johnson to seek a "zero tariff" deal with Brussels in order to avert any economic damage.

"The issue is simple -- higher tariffs and extensive checks will harm  consumers, retailers, and the UK economy," Dickinson said.

"The government must set about to negotiate a zero tariff agreement that minimises checks and red tape otherwise it will be consumers who suffer as a result.

"The introduction of excessive or avoidable checks would mean businesses face a mountain of paperwork to be filled out by an army of newly trained staff, coupled with exhaustive checks on thousands of lorries every day.

"And the result for consumers would be higher costs and reduced availability on the shelves," Dickinson added.(AFP)