[Graphic News] Beer imports down for first time in decade 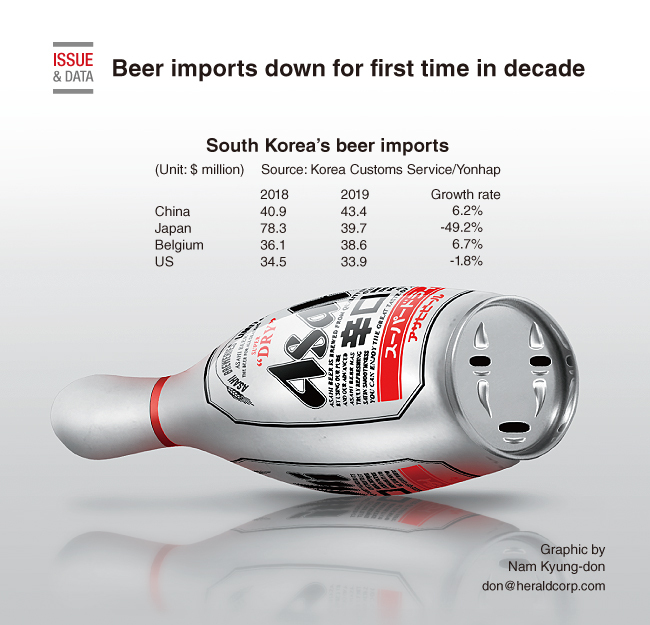 South Korea’s beer imports fell sharply in 2019 from a year earlier due mainly to a boycott of Japanese products here amid a bilateral trade row, data showed.

Beer imports reached $280 million in 2019, down 9.3 percent from $309 million a year earlier, according to data compiled by the Korea Customs Service - the first on-year decrease since 2009.

The drop was largely attributable to the ongoing “No Japan” campaign by Korean consumers, who have been boycotting Japanese products after Tokyo implemented regulations on exports to Seoul of three key industrial materials in July last year. (Yonhap)