[Graphic News] Exports of farm goods inch up in Q1 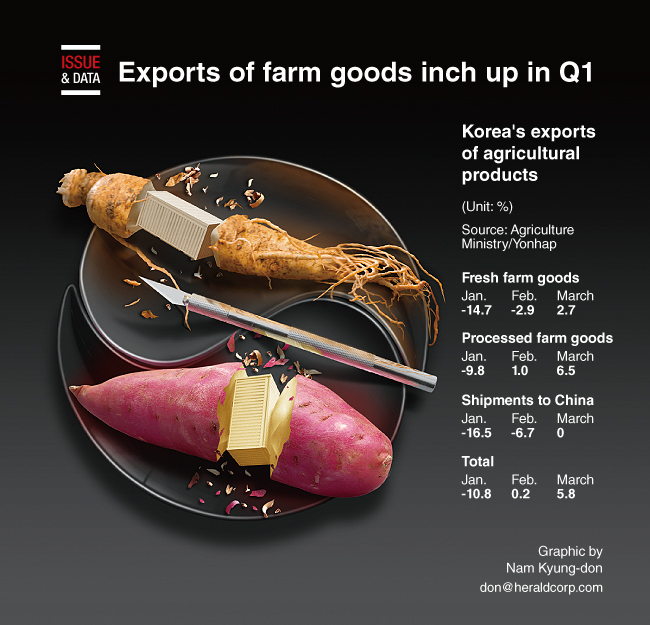 South Korea's exports of agricultural products moved up 6 percent in the first three months of the year from a year earlier, with shipments to China remaining steady despite disruptions caused by the outbreak of COVID-19, the Agriculture Ministry said.

Asia’s fourth-largest economy saw its exports of agricultural goods reach $1.74 billion in the January-March period, up 5.8 percent from a year earlier, according to the Ministry of Agriculture, Food and Rural Affairs. The figure excludes fishery products. (Yonhap)