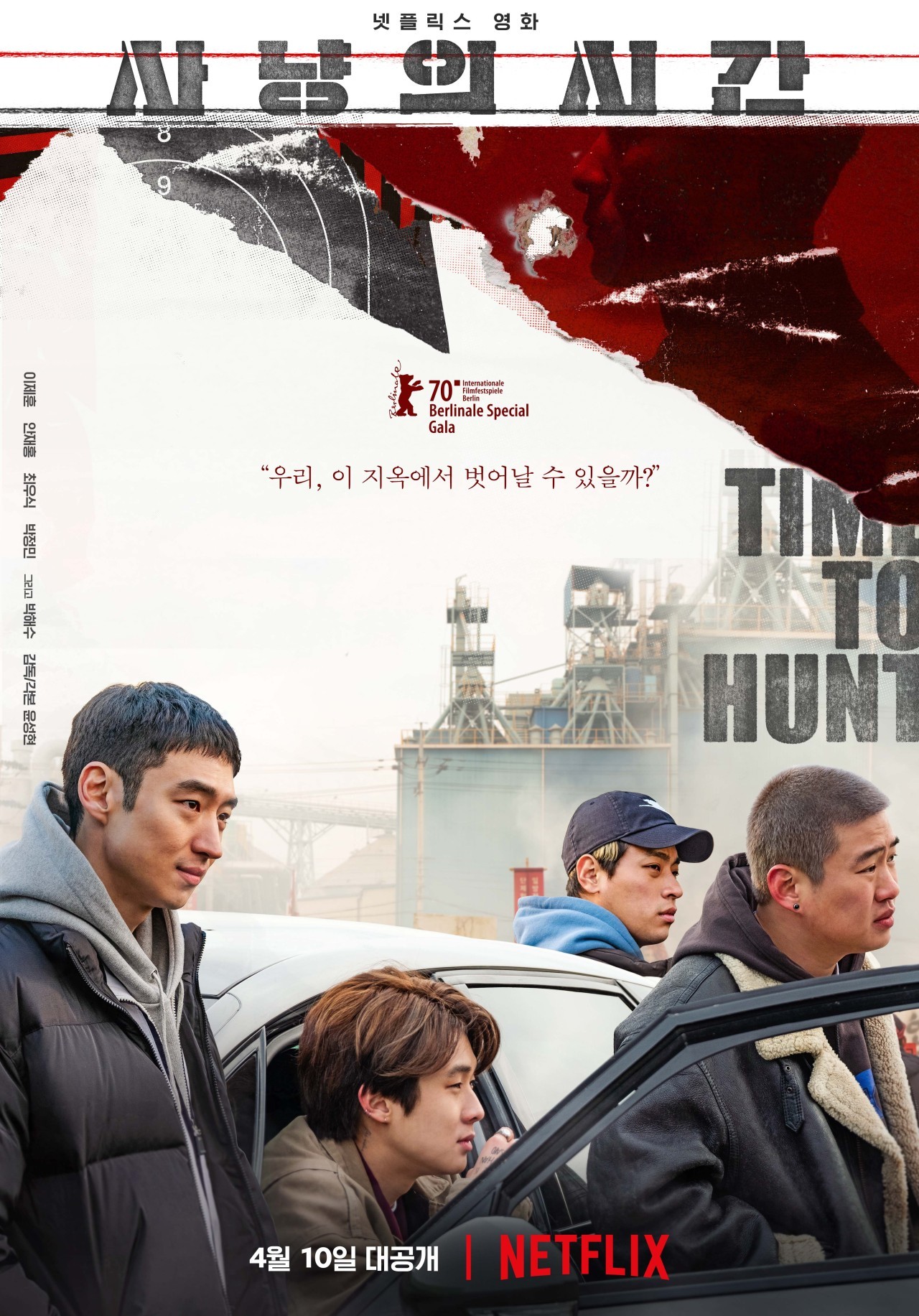 "Time to Hunt" (Netflix)
After over a monthlong delay, the movie “Time to Hunt” will be available on Netflix with the streaming platform announcing that a new release date will soon be made available.

Netflix had postponed the premiere of “Time to Hunt” scheduled for April 10, after a court ruling prohibited the release of the movie outside Korea following a dispute between local and overseas film distributors.

“We thought showing ‘Time to Hunt’ on Netflix to 190 countries around the world was a chance to promote Korean movie makers, producers and actors to the world. However, we ignored the efforts of Contents Panda, who contributed greatly to the foreign sales of ‘Time to Hunt’ for the past year and, as a result, was prohibited from screening the film overseas. We respect the court’s decision and apologize to Contents Panda,” said Kwon in his statement.

Kwon followed his apology with an announcement that the two companies had settled on an agreement with minimal costs and thanked Contents Panda for their understanding.

Contents Panda also released an official statement after the agreement.

“After we worked our utmost to renegotiate with foreign buyers of the movie, we lifted the prohibition on foreign screening of the movie and reached an agreement with Little Big Pictures to release ‘Time to Hunt’ on Netflix,” said Contents Panda.

Contents Panda, which had already sold the movie to around 30 countries when Little Big Pictures unilaterally terminated the contract between the two companies, sought a court injunction against overseas screening of the movie.

Although Little Big Pictures denied the accusation, the court ruled in favor of Contents Panda.

“We apologize again for the confusion and miscommunication. We hope that the movie, ‘Time to Hunt’ is seen as a precious Korean movie,” said Kwon of Little Big Pictures in closing his statement.