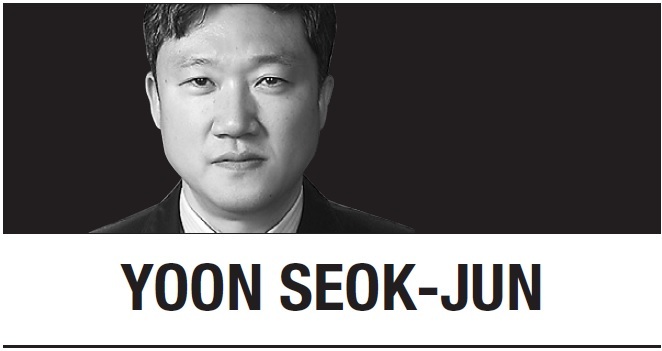 The ongoing COVID-19 outbreak is causing Koreans to reflect on their way of life. Additionally, foreigners who are interested in the current status of Korea seek to understand how they are overcoming this situation relatively well, while advanced countries such as the United States, the United Kingdom and Italy have been heavily affected by COVID-19.

I can infer the fundamental reason behind the relatively good maintenance of Korea’s quarantine system from the nation’s modern history.

At the end of the 19th century, Joseon was an arena for world powers. In the late 16th century, the nation’s prestige was declining due to social turmoil following the Japanese Invasion of Korea. Amid such confusion, Joseon could not dream of modernization and this stagnation eventually allowed the Japanese to impose colonial rule. Along with Japanese rule, Joseon’s aristocrat-centered hierarchy faced a phase of dissolution by a foreign power.

Shortly after liberation and the foundation of Korea, we experienced tragedy in 1950 with the Korean War. After such chaos, the Republic of Korea was among the world’s poorest countries until the early 1970s. Fortunately, its near-miraculous economic development has since made it the world’s 10th-largest economy by trade volume. However, social conflicts, along with the gap between rich and poor, are challenging the society’s value-of-wealth development system.

Korea’s modern history has seen a dynamic tide over a hundred years; however, those who have lived in that time have ambivalent feelings about trust within the nation, especially toward the government. Due to Korea’s relatively slow modernization of society and the mature process of civic consciousness, compared to its economic development, competition in daily life has been excessive in our community, while mutual cooperation has disappeared.

Yet Koreans’ long historical ordeal has trained them to withstand external variables. The belief that the Republic of Korea, which is a unified nation, albeit lacking resources, should be protected and consolidated has been growing in the midst of trials.

This modern experience of the Republic of Korea was a great driving force in coping with the current COVID-19 quarantine measures. Upon reflecting on the latest situation, several reasons for the quarantine system’s success in South Korea are revealed.

The first is, among other things, the experience of the MERS-CoV epidemic, five years ago. At that time, Middle East respiratory syndrome spread around hospitals in the Seoul metropolitan area and was, at least in terms of case fatality rates, much more threatening than COVID-19. Fortunately, it did not spread to the community infection stage, thus preventing further harm. However, it was a key experience raising the government’s awareness of how terrifying the threat of new infectious diseases can be, which makes the quarantine authorities’ response more agile, leading to expectations of a more cooperative threat response from Koreans.

The second reason is Korea’s cutting-edge information and communication technology infrastructure. Until recently -- before the COVID-19 pandemic -- I took frequent academic trips to major developed countries, including Europe and the United States. What I realized on every trip was that no other country in the world surpassed Korea in the internet connectivity environment, such as smartphone and internet access. An environment that can quickly trace individuals using ICT infrastructure serves as an extremely useful means of finding confirmed cases and contacting them.

The third is a byproduct of the security system stemming from the division between the two Koreas, which facilitates the mobilization of resources, such as the organization of public officials in an emergency.

In addition, a relative familiarity with wearing masks due to atmospheric problems such as fine dust and yellow dust, as well as a family-oriented culture with consideration for elderly family members, who have weaker immune systems, may also facilitate successful prevention.

Finally, one of the most critical factors is high accessibility to hospitals and clinics. However, the last factor is the weak link in the Korean health care system, which has long been decried in other respects.

Among the Organization for Economic Cooperation and Development’s member countries, Korea is the highest in the number of outpatient visits, hospitalization days and expensive medical equipment tests such as computed tomography and magnetic resonance imaging tests.

There is also no gatekeeping system, common in Western European countries, and the health care delivery system that uses bigger hospitals through local doctors is failing. Of course, this is also due to the greater weight put on the structure itself by inspection fees than by examination fees.

COVID-19 is calling for a “slow but safe way of life” in our society. In fact, some consider that a commonly disconcerting aspect for foreigners residing in Korea is the excessive “hurry” culture of Koreans.

This “hurry” comes from fierce competition, and this social context influenced the Korean health care system, which merely transplanted the idea of a strict health care delivery system from Western Europe.

Besides, the current frequency of outpatient and inpatient services, at its highest level worldwide, must be traded for the prioritization of safety. To this end, a fundamental system transition, including to national health insurance, should be considered.

A stepping stone of the transition is strengthening neighborhood clinics’ function of sustainable counseling and restoring the health care delivery system, so that large hospitals can be the main point of access for severe patients.


Yoon Seok-jun
Yoon Seok-jun is a professor of the department of preventive medicine at Korea University and dean of the university’s Graduate School of Public Health. -- Ed.