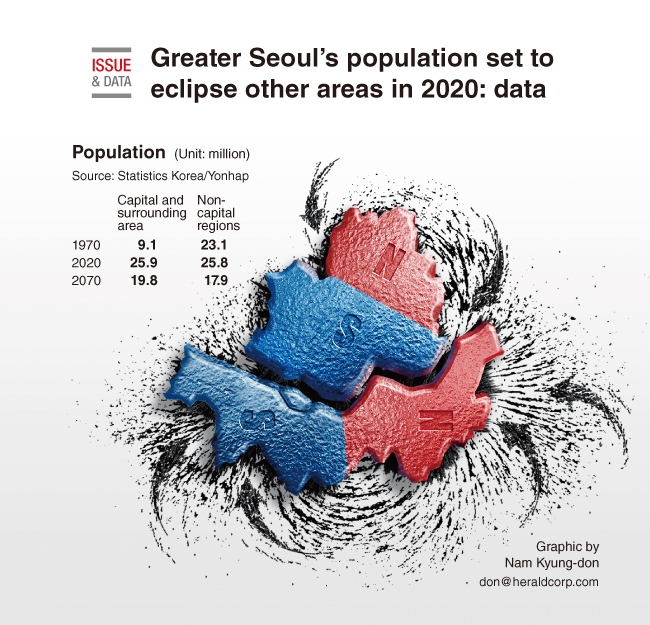 The capital and its surrounding area is anticipated to become home to more than half of the country’s 52 million population this year, as more people moved into the metropolitan area for job and education opportunities, data showed.

The population of the capital city and its surrounding Gyeonggi Province is expected to reach 25.9 million this year, surpassing the 25.8 million in the non-capital regions, according to the data compiled by Statistics Korea.

It will mark the first time that the greater Seoul’s population exceeds that of all other regions combined since the statistics agency started compiling related data in 1970.