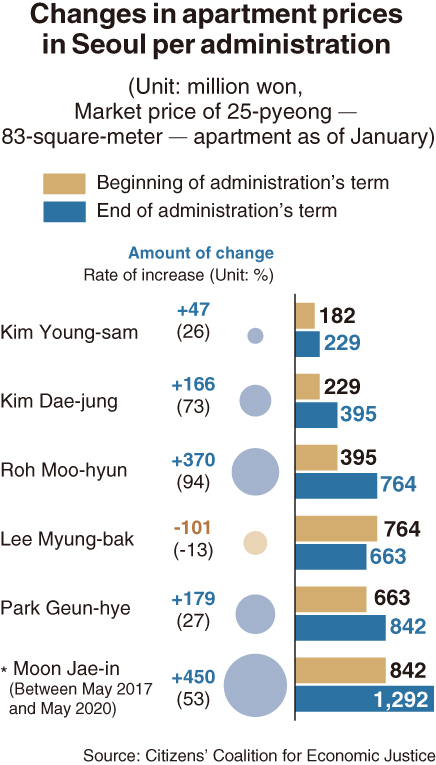 Taming soaring house prices in Seoul has always been a popular policy goal of almost all governments in South Korea. With the Moon Jae-in administration’s latest string of strict curbs stoking controversies, a civic group released data showing that the apartment prices in Seoul have continued to soar for long, except during the Lee Myung-bak administration, and the increase has been the sharpest under Moon’s rule.

According to the Citizens’ Coalition for Economic Justice that analyzed about 80,000 apartment units in 34 areas of Seoul, the price of a 25-pyeong (83 square meters) apartment during the first three years of Moon administration surged by 450 million won ($377,085).

They also argued that the administration doles out loan regulations and tax increases to individuals while “turning a blind eye” on conglomerates and public organizations’ real estate ventures.