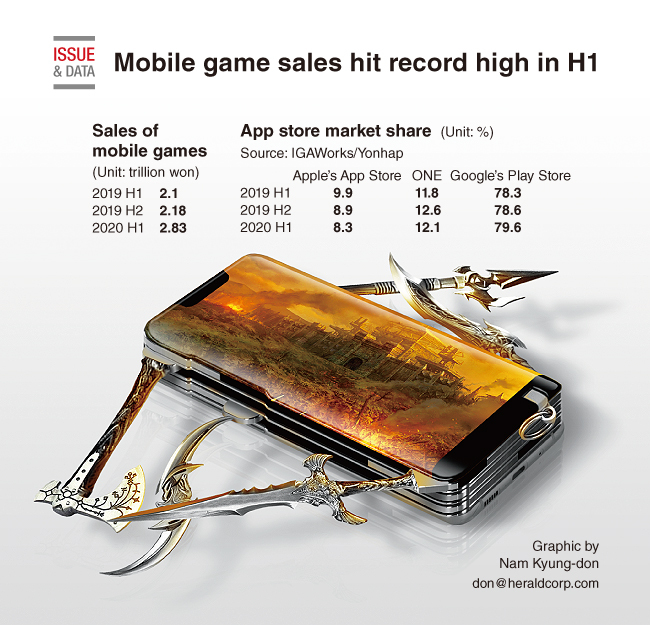 Sales of mobile games here soared to a record high in the first half of the year amid the coronavirus pandemic that has largely confined people to their homes, industry data showed.

Combined sales of three app markets - Google’s Play Store for Android devices, Apple’s App Store for iPhones and ONE - stood at 2.83 trillion won ($2.37 billion) in the January-June period, up 1.3 times from a year earlier, according to data from mobile big data platform IGAWorks.

The figure also represents the largest half-year tally on record.