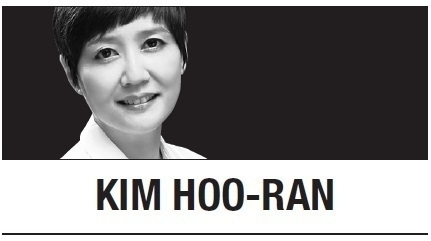 I am a lists person.

Of course, I don’t get around to doing nearly half the things on the lists.

It is a well-lived day when a third of the items on my daily to-do list are completed and crossed out. It is impossible to keep to the planned weekly menus -- despite the shopping list, I am often caught without a necessary ingredient or two. One of my worst nightmares is reading an obituary of a person I had been planning to contact for an interview. As for my bucket list, I just don’t have the time for all those trips of a lifetime, at least not now.

Yet my lists continue to grow. I find myself writing them up even in these pandemic times when, as the past several months have shown, it is futile to plan. Just the other day, I even considered starting a new list -- a list of things I would like to do when this drawn-out crisis is over.

I did not start that new list. Staring at a blank page, I was struck with fear that committing such plans to paper may actually prolong the current situation; that I would somehow jinx it. I know there is no rationale for such thoughts, but I am not alone in succumbing to irrationality. Many countries and leaders could be accused of the same in their response to the pandemic.

Returning to the gym this week after a three-week break -- two of those weeks due to the government closure of gyms -- I rejoiced at a return to normalcy. But what is normal about exercising while wearing a mask?

I suppose I was just happy to be able to resume an old routine. Routines make things regular, or at least make things appear regular in this case, and I have come to equate “regular” with “normal.”

By and large, complaints and worries notwithstanding, I have come to accept the new normal. And a big part of that new normal, along with mask wearing, is uncertainty.

In the last eight months or so, I have come to accept, albeit begrudgingly, the fact that I have no choice but to live day to day. As numerous events were canceled or postponed at the last minute, I became resigned to the fact that making plans and writing up lists are now exercises in futility. Plans have been thwarted and lists rendered useless, for the most part.

But old habits die hard. I caught myself planning things to do over the long Chuseok holidays just around the corner. I thought about hiking the entire Seoul Fortress, a section a day. It was while I was charting my course on a map, excited by the opportunity to finally do this, that I remembered these are not ordinary times.

The number of novel coronavirus cases could rise again, the government may implement stricter social distancing measures or there may be too many people on the trails and I would be putting myself at risk by going to crowded places.

I dropped that plan, but the memory of the exhilaration I felt as I was mapping my course remains with me, to be called upon and relished at will.

Plans and lists are about possibilities. I make them, knowing full well that I am unlikely to do them all, because of the thrill of anticipation. Perhaps that is all the more reason to continue making lists even in these volatile times. Sometimes, just imagining the possibilities is good enough. I have started working on a list of books to read over the holidays.

Kim Hoo-ran is the culture desk editor at The Korea Herald. - Ed.